Legends rise and they fall, but Omara Portuondo goes on.

The 88 year old doyenne of Cuban jazz was in Ottawa Friday night on her self-proclaimed Last Kiss tour. It was a memorable evening from the charming filin singer made globally famous for her work on the Buena Vista Social Club. Through the main stage set Friday evening her voice and personality was undimmed leaving one wondering why stop now.

She was escorted on stage by her pianist, band leader and sherpa Roberto Fonseca, himself a star of Cuban jazz in his own right.

She can’t move as easily as she might have in the past and she remained sitting for her show, but with her quartet behind her for the first five songs of her show, she was certainly a powerful presence. 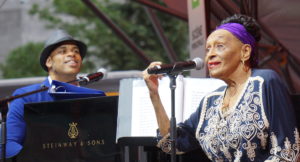 And what a band she has starting with Fonseca and including Andres Coayo on percussion, drummer Ruly Herrera and bassist Yandy Martinez.

Together they moved through the first three songs — Drume Negrita, Adios Felicidad and Ultima Noche, with aplomb and skills headed towards a climax with the famous fourth song, Veinte Anos. Portuondo delivered a powerful, emotional rendition of the song that she recorded with the Buena Vista Social Club in a duet with her late comrade, Compay Segundo.

The patriotic Soy Cubana closed the first section of the concert. Portuondo is a proud Cuban. She stayed on the island after the revolution while others left including her sister Haydée.

After finishing up Soy Cubana, members of the National Arts Centre Orchestra came on stage dressed in white jackets and tops instead of their usual black outfits. They were led by the Kingston Symphony’s Evan Mitchell and they joined with Portuondo, Fonseca and the rest of the band.

In their whites NACO looked like a big band from one of Havana’s legendary nightclubs in the 1950s. Photo: Peter Robb

In their whites, the orchestra looked more like the kind of nightclub ensembles one imagines that one might have found in Havana in the 1950s; that time before the revolution when you would find a dictator chatting with a gangster in the dark at a corner table while Hollywood stars and wannabes would be preening in the light of the dance floor.

Portuondo did six songs accompanied by the lush strings and great brass section of the NAC Orchestra. It started with a torchy Tabu.

By this time the audience was truly warmed up and dancing to the rhythms of the music of Cuba. Songs like Amor de Mis Amores and Tiene Sabor had people swaying to the beat in front of the main stage in Marion Dewar Plaza.

The most famous Cuban song is the anthemic Guantanamera about a woman from Guantanamo, that contested place better known today as a U.S. base and a prison holding those rounded up in the war on terror launched after the 9/11 terror attacks.

But in Portuondo’s sure hands it was a sure way to get everyone in the audience singing along with a lyric that dates back to an important voice for independence in  19th and early 20th century Cuba the poet and journalist Jose Marti.

The evening closed with an encore featuring the song Besame Mucho. After that Portuondo, hands on Fonseca’s hips, walked off the stage, pausing for one last wave to the crowd.

RBC Ottawa Bluesfest: Locals to take a look at 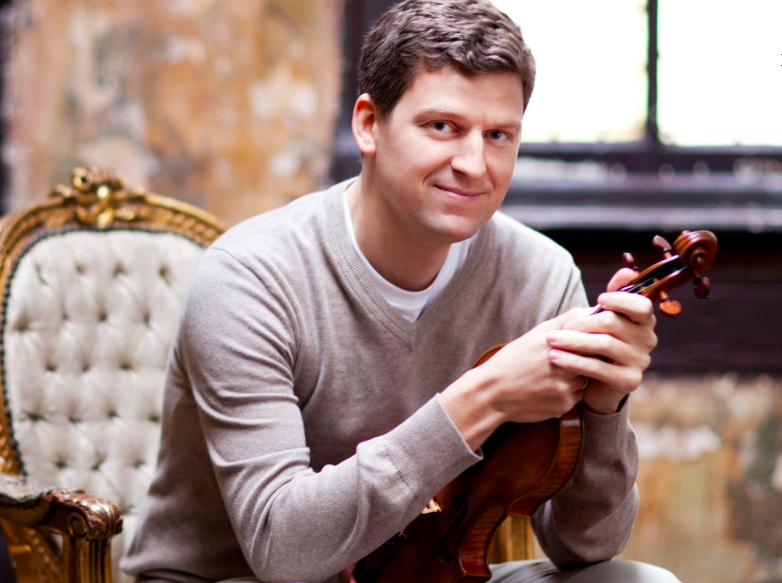