Chamberfest: It’s all about Gershwin for Matt Herskowitz and the Buzz Brass

The Buzz Brass quintet will join pianist Matt Herskowitz for a concert of Gershwin music at this year's Chamberfest.

Matt Herskowitz has met his musical match and his name is George Gershwin.

The iconic American composer of popular songs and classic orchestrations is the focus of a concert featuring Herskowitz at this summer’s Chamberfest on July 28.

He plays piano with the rising Quebec-based brass ensemble the Buzz Brass and together the musicians get the rhythm going with Gershwin.

“I met the Buzz Brass many years ago. They were looking for a pianist to replace someone who was supposed to play with them and couldn’t make it. The guys were fun to work with.” They asked him to do another gig and another and so on.

“I’ve been touring this Gershwin show with them all over Canada. It’s been great.”

The concert has evolved over time. First he was playing an arrangement of Rhapsody and Blue. Then they added Gershwin’s 3 Preludes in an arrangement made for piano and brass quintet. The Preludes were originally for solo piano.

Now they have added in a version of the Cuban Overture, a brass medley of  Foggy Day and Nice Work If You Can Get It. And a piano solo featuring Summertime and I’ve Got Rhythm.

After all that study of Gershwin’s music, Herskowitz is left impressed by the man’s ability to write a pop song and be a composer of some heft.

He’s totally comfortable in the jazz idiom and the classics … just like Herskowitz.

“He’s got both feet in both worlds. He is equally immersed in each. He’s a capable and extraordinary classical composer with jazz harmonies. The Concerto in F is one of the best concertos of the 20th century. And An American in Paris is an amazing orchestration. He got a lot from Ravel and it shows.

“He was the first, as far as I know, to really bridge the gap between popular music and classical music. He did it first with Rhapsody in Blue. He said that he wanted to make a lady out of jazz. And he did.”

Moving back and forth across the jazz-classical divide is a natural thing for Herskowitz. He believes it makes him a better musician.

“You need to switch back and forth constantly. It does kind of create sort of a middle space for the music. Interestingly enough, the classical arrangements are the newest thing that I’m doing. Before that I was composing more original music and over time it started to have a classical-jazz mix.”

He has also been involved in world music.

“I have performed a lot with Arab musicians and I’ve been working with a Yiddish Diva. I got immersed in that world too. Those sounds came together and created Jerusalem Trilogy which was a new sound for me.” It was nominated for a JUNO in 2010.

Herskowitz’s introduction to Gershwin goes back a ways.

“I have been playing Rhapsody in Blue since I was 12. I got the Gershwin songbook when I was eight and I started learning all that. I did a lot of Ragtime then, I was always drawn to music of that time and Gershwin in particular. This kind of mix of jazz and classical has always seemed natural to me.

“I didn’t really play jazz then but I did improvise and that was something I liked to do in classical or pop pieces. I’d experiment with that even though I didn’t really know what I was doing. 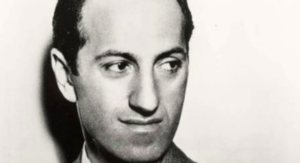 Herskowitz studied at Juilliard where improvisation in classical music was frowned upon for many years. The conservatism of a lot of 20th century music was to blame, he believes.

“I had no problem with composers such as Schoenberg, Berg and Webern; those guys were on to something new. Schoenberg wanted to explore a new way of thinking about music. It was really cool and interesting but it led to a whole school of not very talented people who were imitative but not particularly musical.”

That’s why Gershwin turns turns out to be the one “we all come back to. He had it right. I’m really starting to appreciate and marvel at how incredibly contemporary he is. His sense of harmony and his ability to write a pop song structure was a winning formula.

“He was also determined to master the larger form so you have Rhapsody in Blue. It weaves in and out of different themes and that’s what a rhapsody does. But the orchestration is pretty simple. You can have a piano version of that.”

“Gershwin was rejected by Ravel when he asked to study with Ravel. Ravel said ‘I would only make you a second-rate Ravel and you are already a first rate Gershwin’.”

That was quite a compliment.

Herskowitz was born in New York State but in 1999 he moved to Montreal and has stayed. In conversation, he can even flash a good French accent.

Two years later he came back and stayed.

He toured with the Ensemble Contemporain de Montreal. I wrote a piece with them based on a jazz tune by Dave Brubeck called In Your Own Sweet Way. It’s called Chorale and Variations on a theme of Dave Brubeck.

“We toured with that. By 1999 it made sense to come up to Canada. I have been here ever since. I have no regrets especially now.”