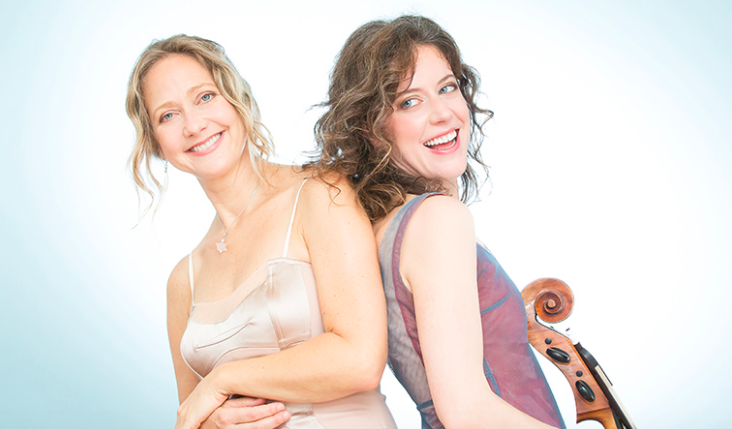 Chamberfest: Elinor Frey is making the past present through Fiorè

The cellist Elinor Frey has become a bit of a musical detective.

She relishes finding and bringing forward into the the light of day music that has been long forgotten. That, in essence, is the focus of the concert called Fiorè that she will present with the soprano Suzie LeBlanc at Chamberfest on Sunday.

The project began in 2011 in an archive in Como, Italy which held the papers of the Odescalchi, a prominent local family in the northern Italian city. And in this collection Frey found a small treasure of trove of cello sonatas and several opera arias arranged for cello and voice.

She was in the city, first on a Fulbright Fellowship while studying for her PhD in music at McGill University, and then again on more research grants. At the same time she was studying the baroque cello when it was suggested to her that she might find some interesting music in the archives.

“The Odescalchi were rich and important and they had some ties to music. They had been known to have some lute music in their papers.”

The archives are being slowly catalogued and once that has been done the papers can be viewed by scholars.

“In 2011 a collection of anonymous manuscripts became available and I was around and my cello teacher told me about it. We looked at the music and tried it out. There was no name next to the music. There were a couple of cello sonatas and some arias for soprano and cello obbligato.”

The music “sounded nice” when she played it.

“I was interested in Italian cello music … I still am … but at that time I was acquiring everything possible. I thought some of the sonatas sounded familiar. To make a long story short, I was able to match one of the pieces in the archives with something that was known by a cellist named Angelo Maria Fiorè. At the time I had not heard of anyone who had paid any attention to this composer. There were no recordings.

“So I started researching him.”

She found out, for example, that Fiorè was alive at the same time as a much more famous composer Domenic Gabrielli who is known, especially among cellists, as the first to compose for the instrument.

“Gabrielli is a year younger than Fiorè. I think they must have known each other because Fiorè worked in Parma which is not far Modena where Gabrielli wrote his sonatas.”

She was also interested in the arias with cello obbligato.

“I started to see that this could be a missing step in understanding how the cello became so popular at end of 17th century.”

She realized composers of the time might be using the arias to celebrate the cello. To help track down the composers and the operas she memorized the poems and started reading libretti.

Often there is no musical score from this period because they were not made. Individual players were handed their parts to play and nothing more.

But the libretti were saved because they were often handed out to audience members as a program for a concert, Frey said. Since there were more copies, some have survived.

Over time she was able to track down the arias with the help of the Milan-based organist and harpsichordist Lorenzo Ghielmi.

The journey was full of “these Eureka moments.”

Once everything was tracked down, she published the music, with an extensive introduction, “so that others can now play the music with the right names.”

She wasn’t able to track all the arias down, however.

“One of the most beautiful arias, I was able to find in a libretto and understand which opera it came from but there was no composer so it is still anonymous. I know when it premiered and where. I think Fiorè could have played in the concert.”

In addition she has released a CD of the music with LeBlanc, Ghielmi and the lutenist Esteban La Rotta. Now she and LeBlanc are touring the music in a concert that also features Michel Angers on theorbo and Mark Edwards on harpsichord.

All of this intense study stems from Frey’s over-riding passion for the Baroque cello.

“I like that there is so much space for interpretation in the music and how much unknown music there is. I also like all the nitty gritty of it like the gut strings that I think have a beautiful sound.

“There is no one way of playing and I like that lack of standardization. There is so much variety. I play a five string cello, for example. And there are big ones and small ones. There is always something to learn: a new technique or new repertoire that isn’t known but is amazing. All of that inspires me and gets me to work hard.”

Frey, who lives in Verdun, Quebec, these days, said she loved history when she was in high school.

“But I didn’t realize I could do cello and history together until about a decade ago. I was a modern cellist. I did my undergrad at the Mannes School of Music and my Masters at The Julliard School. I started my career on the modern cello. I had this dream of going to Italy and I decided I would try to figure out where and when the first solo cello music came from. That started this project under the Fulbright program.

“Once I started … I just got really into it. I still play modern music and modern cello but I am a big nerd about cello history.” She has recorded three CDs of Baroque cello music. She has a JUNO nomination and the Fiorè album has been nominated for an Opus Prize.

Why does she do what she does?

“I am trying to make a contribution and not simply repeat the careers of other people. For example, I have another project right now, and in Ottawa I will play one piece by this composer, Bernardo Sabadini, who taught cello alongside Vivaldi. He didn’t write much music but there are people who were known at the time who were important and who influenced the community and the history of cello and we don’t know about them at all.

“I don’t expect it to become super famous but maybe it will find a slightly bigger place in the hearts and minds of cellists and the audience.”

In Fiorè’s case, “I’d like to see his music included in student and professional recitals. Its quality and it has a place in the history of music. If we stir the pot a little bit the mix of music we play will be different that it has been.

“We shouldn’t always have the same repertoire.”

These projects keep coming for Frey “and now I have two more coming out. I hope we’ll talk again in 10 years and we can talk about 10 more projects.”

Fiorè with Elinor Frey and Suzie LeBlanc
Chamberfest
Where: Beechwood, the National Cemetery of Canada, 280 Beechwood Ave.
When: Aug. 5 at 11 a.m.
Tickets and information: chamberfest.com