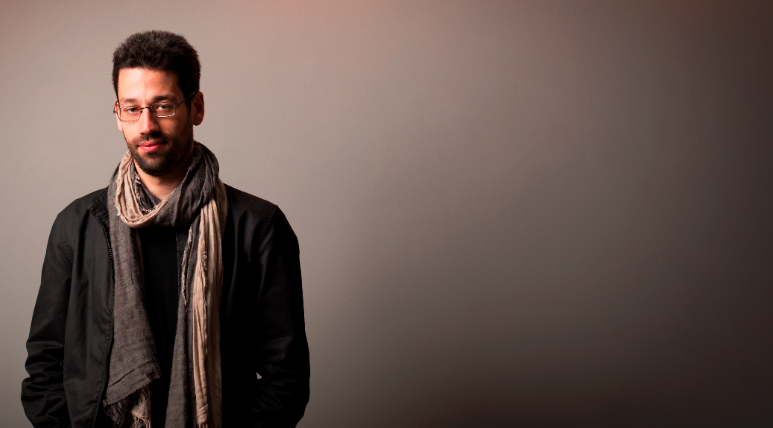 Biss doubles down on Beethoven

Jonathan Biss is Beethoven-obsessed, or at least he has been for the past decade.

He’s recorded all 32 piano sonatas during this period. And, he said in an interview with ARTSFILE, he’s “been playing them for far longer than that.” The last CD has just come out and now he’s on a cycle of touring.

“The way it works is the CD comes out months after you finish recording. It was in fact a very emotional moment to play the last take of the last sonata in June. I was suddenly very aware of the amount of time and the blood, sweat and tears that has gone into the project. It was a rush of feeling.

“I’m now spending a whole year playing the pieces.” That does please him as, he says, concerts are more important to him than recordings. “Concerts are what I live for.”

He will perform the famous Emperor Piano Concerto with the National Arts Centre Orchestra on Nov. 20, when he’ll reunite with Pinchas Zukerman, with whom he has worked since 1999 in Baltimore.

The lure of Beethoven for Biss is more than a simple interest. He calls it a compulsion.

He said that on top of the music being profound, deep and transformational, “he’s so intense. And I think because of that one feels pulled towards Beethoven. There are other composers who are as important to me and whose music I may love more, but I don’t feel pulled quite the same way. There is something about his music that truly grips you.”

Biss says when he plays the sonatas or the concertos he can sense that for Beethoven “writing his music was a necessity for him. That’s a very powerful feeling. It makes me feel that playing the music and playing as well as I possibly can is also similarly a matter of necessity.”

Biss is also drawn to Beethoven’s constant striving for perfection and the innovation that accompanied that pursuit.

“He wrestled with the form. You can feel in the 32 sonatas that there is no contentment with a kind of perfection that he had already achieved. He’s always trying to see where else he can take the form. To think that he was experimenting that much and that the results were uniformly profound is kind of staggering.”

The Emperor is a classic piece of the piano repertoire. It is performed often. It is also poignant. The composer was growing profoundly deaf by the time he had written it.

“The Emperor, for me, falls into a small category of pieces that I really need to spend a lot of time with to really appreciate how great it is. The ubiquity of it means it is harder to (truly) hear it.”

He said he had to “scrub” his ears clean. Once he did that, the concerto revealed itself.

“It is very profound. In the crevasses, between all the majestic moments, there is such poetry in it. There are moments where the piano is supposed to soar and shiver. Even in the first movement there is music that only he could write, music that seems to suspend time.”

He said he tried to pick it up again like the first time he had encountered the piece.

“I always do that, but it’s more of a challenge the more known the piece is.”

It s really important that he not take anything for granted.

“It can be easy to fall into that and allow yourself to go into automatic pilot. It’s always dangerous but even more so with a piece that has pre-conceived ideas about it floating around among people who have heard it literally hundreds of times.”

One thing that does help Biss is his remarkably successful online education project on Coursera. He says preparing lectures for the course helps him in his own performances. Biss has also written extensively about the music he plays and has authored three e-books, including Beethoven’s Shadow.

“Teaching the course has done several things. First, it helps me clarify my priorities. Each lecture is an hour long. You can only scratch the surface in an hour. I have to think ‘What is really essential about these pieces?’ The process of figuring that out is really clarifying.

“Beyond that, all performers do a lot by instinct, we really do. It is based on a feeling that probably couldn’t be out into words. Trying to identify what it is about music that makes me feel so strongly has taught me a huge amount. I think I have probably learned more that anyone who has taken the class in the process of preparing my lectures.”

Biss has some 165,000 people clicking onto his course.

“They can take it when they want at any pace that they want. You can binge or spend 10 years going through them.”

The success of the course is encouraging, he said.

“Classical musicians are so used to being told classical music is dying; that no one is interested. We have our challenges but actually there is a lot of interest.” His course is proof.

And the interest is coming from around the world which the power that the internet can bring to a good idea.

“The internet is amoral. It’s all in how we use it and it has also been exciting to see it being used in ways that offer things that were simply impossible at one point in time.”

Biss’s take on another master musician, Pinchas Zukerman, is that NACO’s music director emeritus in addition to his musical ability he has a certain kind of charisma that has helped hm stay in the public eye for so long.

“There is an effortless connection with public. He makes you feel good when you are playing with him. … His conducting is rooted in years and years of playing an instrument at the highest level. He understands what it means to make sound and in the best way it is uncomplicated.”

Biss says that for him the qualities of a conductor that he treasures most are integrity and flexibility. He treasures the natural give and take that comes from working with other musicians.

“Playing a recital is an amazing experience because you are putting out so much of yourself, but you are totally alone.”

In addition to recording them himself, Biss has also commissioned five new works from five composers that pair with Beethoven sonatas.

“Anyone writing music, even now in 2019, has to grapple with him in some way. I thought I could ask a diverse group to write pieces somehow tied to Beethoven. I felt the results would be strong and very different from one another. I also thought that the commissions would send a powerful message about Beethoven’s eternal quality.”

He got five very different pieces. One actually quoted Beethoven extensively, while another one “if you asked me what the connection is I probably couldn’t tell you. It’s been wonderful.”

The pieces are taking on a life of their own. All are co-commissions with orchestras and have been guaranteed a number of performances, but, Biss said, many of them have been played many times beyond the commissioning orchestras.

While he is in the midst of this focus on Beethoven, Biss said, “it is hard to think of something else. I want to live this with my full energy.”

He says: “I have never been tired of him. I feel overwhelmed by him. He was an overwhelming person. If he was someone whom I could get tired of I wouldn’t be doing this.”

The maturation of Dan Mangan