Bangarra Dance Theatre will be at the National Arts Centre on Nov. 14 and 15. Photo: Daniel Boud and Jacob Nash.

When Stephen Page was a lad living in an Australian suburb, his dad would take his children to the local dump to pick up items that could be reused.

One day, his father came back with a television set that he was able to repair. With one family member standing on the roof of their home and acting as an antenna, the family would enjoy the wide world that the set brought them. The family’s favourite programs featured music from Elvis to Broadway. It got Stephen moving and that was the spark.

Today Stephen Page is the artistic director of the Bangarra Dance Theatre, Australia’s largest and most important contemporary Indigenous dance company. Bangarra brings the stories, songs and culture of Australia’s Indigenous people to the world in a contemporary context.

This week the company will be at the National Arts Centre presenting two works that reflect the traditions of Bangarra, which as a company is now 30 years old.

“The Canadian tour is something we have planning for four years,” Page told ARTSFILE in an interview. “We flew from Sydney to San Francisco, to Vancouver. We did two shows there. Then we flew to Montreal and did four shows there.”

When we spoke, Page was in  Brantford, Ontario preparing for a performance before heading to Toronto and then this week to Ottawa.

He says Bangarra has brought a diverse program celebrating “30 years of 65,000 years” of Indigenous history and culture in the land Down Under.

He said he has been appreciative of the welcome that First Nations “brothers and sisters” have been giving the company.

In many ways, Bangarra’s works are site specific to Australia and they tell stories that Canadians may not be immediately familiar with.

“You hope that your dance stories translate and that a new audience can connect to the spirit and the language that your are telling the stories in.”

That’s why in various places they have Q&As with the audience which have been well-attended in some pretty large theatres.

He says he believes the audiences have been “responding to what they are seeing and connecting.” He said he believes there was a fascination with a dance language that they have not seen that often.

“They know they are watching inspired stories whether they come from mythological creation stories, to land in form, to the connection of land to people, black social issues to the black perspective on colonization.

“I think they connect to something that carries a tradition, that cares for that tradition and is putting that tradition into a contemporary context. They are connecting to the spirit of it. They might not understand it all, but they feel it.”

But, as he said, “we can’t travel around doing an academic lecture. That’s not what this is. I don’t worry about whether people understand. I’m not trying to come up with an idea to debate and to please an audience. That’s not what I’m doing.”

The Indigenous experience in Australia has not been good and it sounds very much like what Indigenous people in Canada have experienced.

“We have a lot of work to do empower our next generation with our culture. You have a whole southern end of Australia where white Australia has a lot of guilt and doesn’t talk about what the genocides were.

“We don’t have a constitution for First Nations people. We don’t even have a treaty. We have so many massacres that don’t get talked about.”

Led by Page, Bangarra has a company of 18 Indigenous dancers “who are obsessed with celebrating our heritage through our profession.” The dancers come from all sorts of dance and movement backgrounds including modern, ballet, yoga and even pilates, but the biggest influence is cultural dancing. 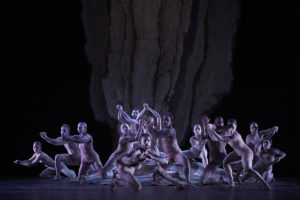 Bangarra Dance Theatre will be at the National Arts Centre on Nov. 15 and 16. Photo: Zan Wimberley

“The majority of us are from the urban, southern end of the country. That’s genocide country, that’s assimilated country. That’s where my Fresh Water and Salt Water parents were forbidden from talking their language. They were part of a stolen generation.” When Page talks about Fresh Water, he is referring to where his father comes from which is inland Australia near fresh water. His father’s totem is a Wedge-tailed eagle. His mother comes from a small island off the east coast of the country surrounded by salt water. Her totem is a dolphin. Page is from the Nunukul people and the Munaldjali clan of the Yugambeh Nation from Southeast Queensland, Australia.

“We spend our whole lives empowering optimism and reconnecting and rekindling  our culture with language, story, song and dance.”

Page says that Indigenous peoples in the south of Australia look north to find their culture.

“The northern part of our country is where the culture and customs and ceremonies and rituals all those traditions have been kept. Their first language is their language,  not English. They have entrusted us with their stories to be presented in a contemporary expression in the south of Australia. They are sharing their culture and healing us in the south. That’s been the heart of the company.”

He doesn’t mean to imply that life in the north of the country is peachy keen. It’s not.

“There are Third World conditions; there is no clean water.” That certainly sounds like the Canadian story too.

Bangarra does one new work a year and it is an intense process.

“We work with a clan or a family or an issue and it’s driven by me. We are more like a cultural creation foundation. It happens that we work in the medium of dance theatre.”

The company consults elders who endorse their stories. “We have to talk to elders to ensure that a specific song or story can be set in a contemporary context.”

Bangarra is the only Indigenous company working out of the world famous Sydney Opera House where it has been for 20 years. As well, Bangarra is the only major Indigenous arts group supported by the Australian Arts Council. All the other 28 major companies listed by the council are European-based offering such things as  ballet, opera and classical music. “The only truly Australian major company (on the council’s list) is Bangarra,” he said. 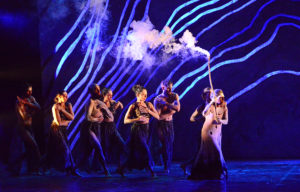 Bangarra Dance Theatre will perform a work called Spirit and another called Nyapanyapa in Ottawa.

The company spends several weeks of every year bringing their shows to the communities from where the stories have come. To a Canadian observer, this sounds very much what the National Arts Centre’s new Indigenous theatre intends to do.

In these community performances, “we lay a dance floor down on a basketball court, take some barbecue lights and costumes and community watches. It’s the most wonderful, rewarding process,” he said.

In Ottawa, Bangarra will perform a work called Spirit and another called Nyapanyapa.

Spirit is actually a collection of shorter works drawn from past performances. It is built around cultural signifiers including the use of certain coloured clays called ochers that are found on the land.

For example a yellow clay is used during a four minute dance involving the women of the company. The piece is “inspired by urban girls who never got to celebrate hunting and gathering on country and never got a chance to have ceremony honouring women’s business,” Page said. Black clay is used during a men’s piece. White clay is used in a trio about healing. Another piece involves an initiation for men and it features a dingo spirit. It is also about finding a balance between Law and Lore. Page says that people who try to be a conduit between the white and Indigenous worlds have a hard time. “It takes a lot of lives. There are a lot of suicides in Australia because of this. The fifth dance is intended to be a cleansing piece.

Nyapanyapa is a piece about a 75 year old First Nations artist named Nyapanyapa Yunupingu who lives “on country” on a reservation, Page said.

“She painted something that happened to her in the 1970s. She was out collecting turtle eggs and walking through the bush and she was confronted by a water buffalo, attacked and gored.” She survived the attack and eventually painted this experience on bark.

The painting, Page said, is “very naive and vulnerable. … We have a beautiful bark that we hang on stage and we project her painting onto that bark.” The dance responds to five of her paintings.

“She lives in a community we work closely with. We have done a lot of performances there. She was always in the art gallery and I would visit with her. Her family adopted me years ago when I was 17 as this southern boy who was curious and wanted to know why his mom and dad’s language and culture taken away.”

“My dad’s a fresh water, my mom’s a salt water. My father had a more traumatic life. His sisters were taken away. He had to try to work his way through the western system in the ’50s, ’60s and ’70s. It was only in 1967 that Indigenous peoples of Australia were considered human.

“For me, we would always go home on country and meet cousins. We would always be around assimilated friends and families. We didn’t talk about our culture a lot; we were just trying to survive.”

Still, his father would take his children camping on the land and that maintained some form of connection to culture.

At age 16, Page went to study dance at the National Aboriginal and Islander Skills Development Association (NAISDA) college. The college allowed him to find his roots. “I was fortunate that the college would have elders come down from the north and the students could return to that country.” He met families across the north and west of Australia where the rituals and ceremonies were preserved.

“I thank those families for empowering and answering questions through song dance and stories. We carry that relationship today as a company.”

Bangarra Dance Theatre
Where: Southam Hall, NAC
When: Nov. 15 and 16 at 8 p.m.
Tickets and information: nac-cna.ca 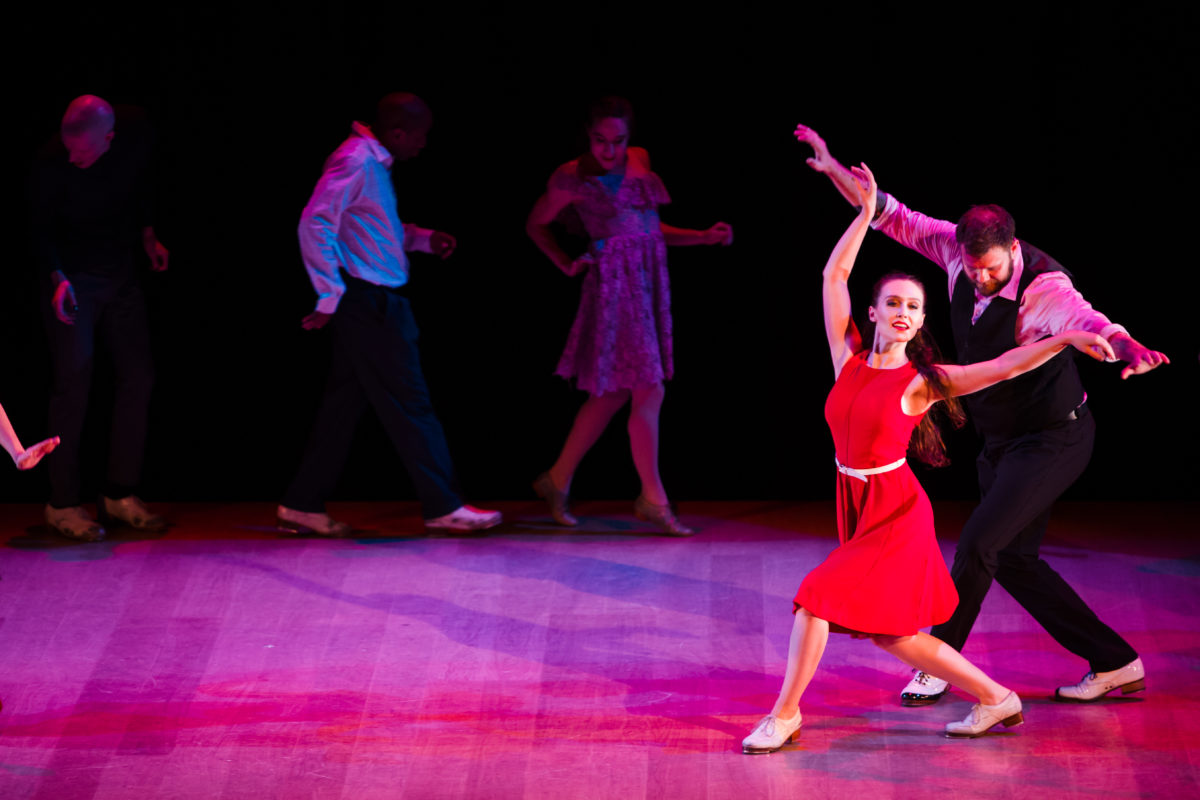 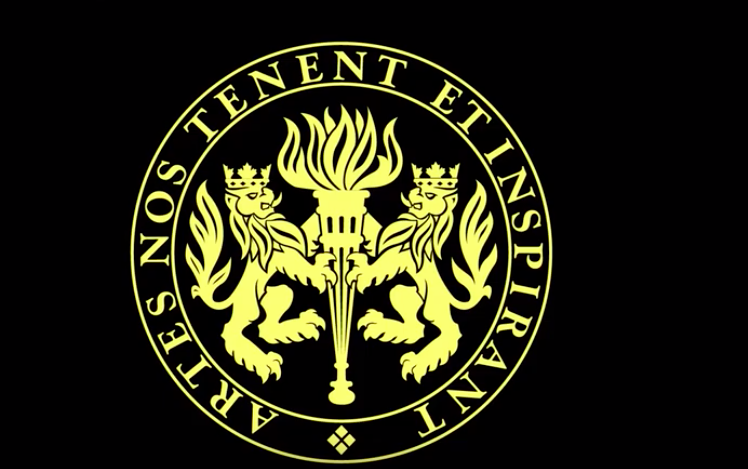